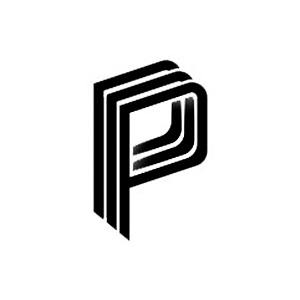 Phun.io is the first-ever provably fair BSV crash game that has 0-1% house edge. The sole game onsite is fast, fair, and simple, especially when launched on a mobile device. The site also gives free bits through in-house faucet and referral bonuses. 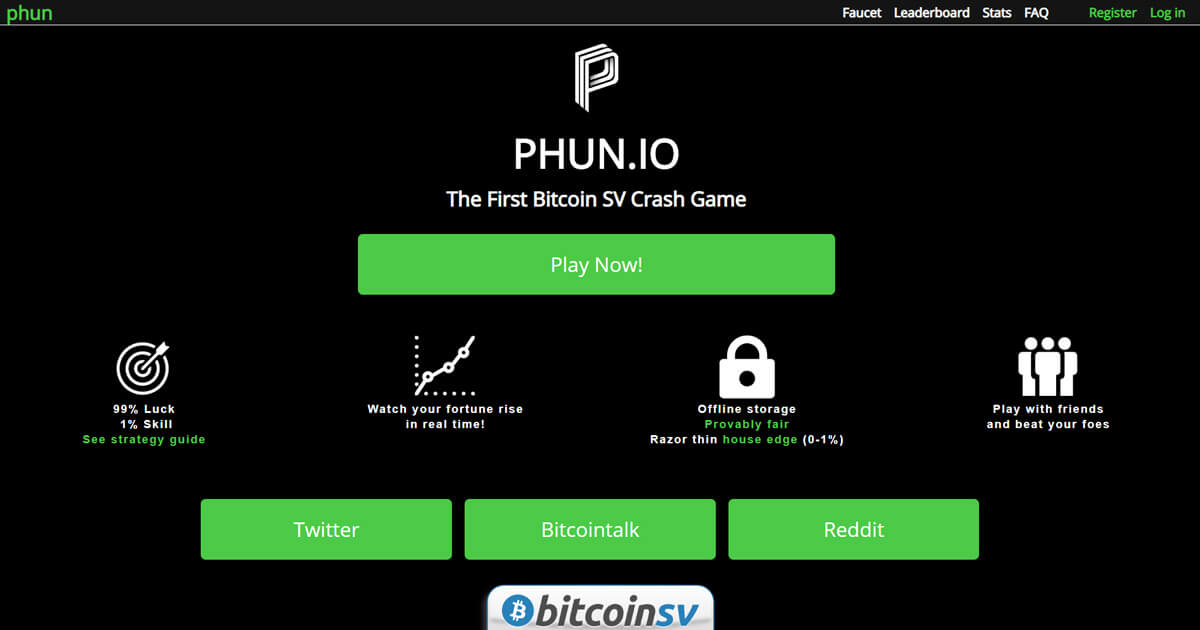 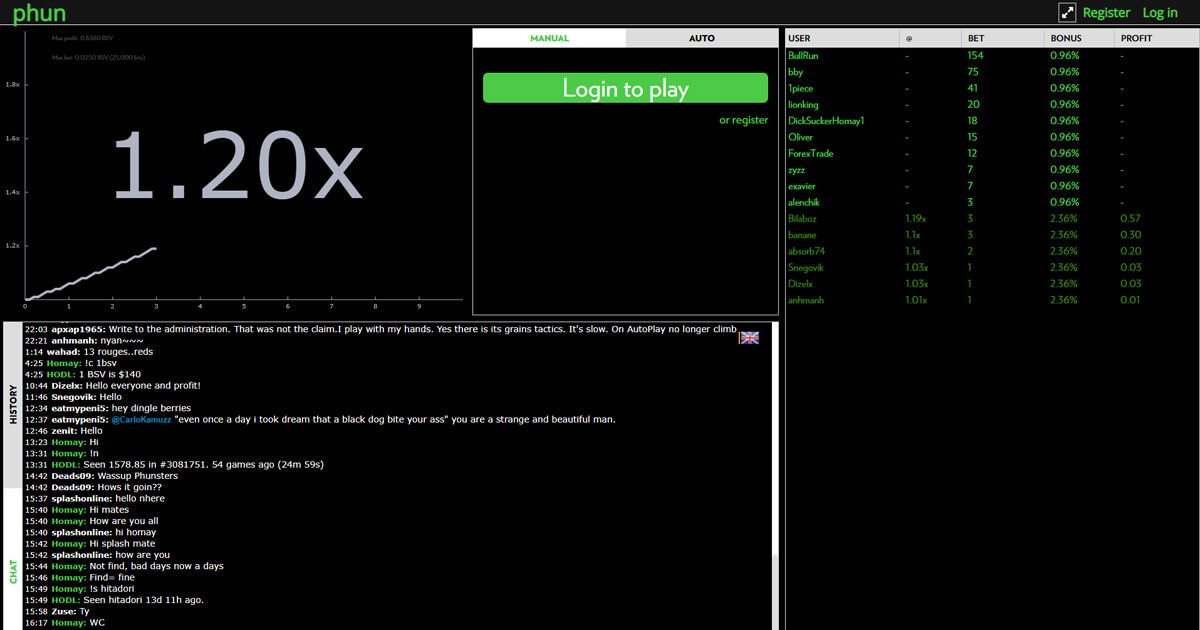 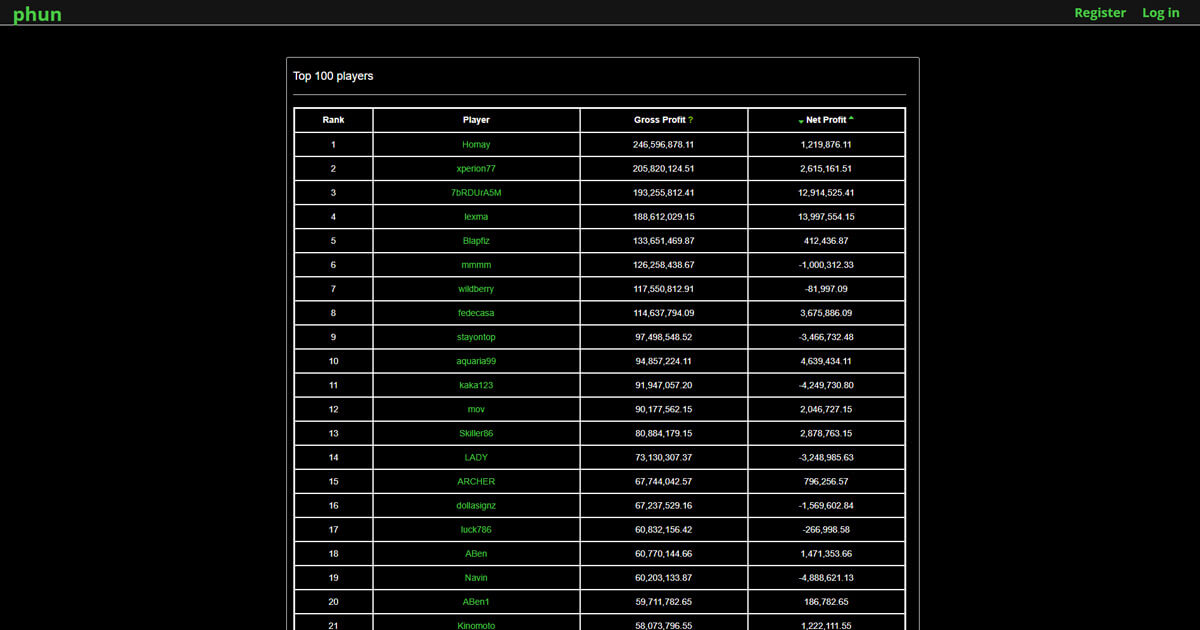 Phun.io takes pride in being the first Bitcoin SV (BSV) crash game. It sets itself apart from other crypto casinos by providing only one game and by focusing more on gaming experience than on aesthetics. It began operating in March 2018 as a Bitcoin Cash-focused gaming site, but it switched to BSV in February 2019. Now catering only to the iGaming BSV community, Phun.io becomes one of the more popular BSV casinos and betting sites. Every member can join the conversation with other players in the live chat box or send a message to the team via the contact form on the site.

Crash games are not new to the iGaming scene. The game itself is simple and straightforward, as is the site’s interface. As mentioned, Phun.io gives more emphasis to the gaming aspect, which is a good move.

Phun.io’s crash game works like how other crash games do. Players place a bet and watch the multiplier increase. The goal for every player is to cash out before the game crashes. Those who fail to do so end up with a loss.

If there is a feature that players appreciate, it would be the Autoplay function. This tool allows them to set their desired parameters and run the game automatically. They can choose to indicate the base bet, the cashout target, and many more. But players who want to vary their betting sequence can simply opt for manual betting.

On top of this, this BSV game is provably fair and has a low house edge ranging from zero to 1%. It requires a minimum bet of 1 bit and a maximum of 25,000 bits, and will smoothly work on mobile devices.

Phun.io does not let its size stand in the way of giving players freebies and extra rewards. Everyone with an account on this betting site can get 3 free bits from the on-site faucet every hour. Other than this, winners of every round can get their share of the Bonus Pot, which is the sum of 1% of every player’s bet in that round. The winner who placed the largest bet will therefore get the largest share of the Bonus Pot for that round.

Other than these freebies, players can also earn 0.1% of their referrals’ wagered amounts. Players will get their unique referral link upon signing up. They can spread this on different accounts, as well as use the default banners provided to every player.

This betting site is not built on the BSV blockchain, so players still need to transfer their deposits to their Phun.io account, as well as request withdrawals. BSV deposits are instantly credited, but withdrawals may take less than two hours to 24 hours to complete, depending on the amount and other circumstances. Cashing out, however, requires at least 110 bits and will deduct 10 bits for the mining fee.

BSV players are sure to find more reasons to play at Phun.io once they get a first-hand experience playing there. The game is fast, fair, and simple, and the site gives away bonus bits and rewards. With a low house edge and compatibility with smartphones and tablets, this BSV crash game is a perfect companion for players who want to use their BSV coins to get entertained wherever they may be. Will it be worth it to check out Phun.io? The answer is ‘yes’.